Working in compliance is not an easy job, and 2016 is posed to make the role increasingly more difficult.  Compliance professionals over the next 12 months will be faced with increased regulation and rapidly developing geopolitical events, along with increasing complexity and associated risk posed by the compliance function itself for unprepared organisations.

The broadening efforts of government agencies and regulators worldwide to combat anti-money laundering (AML) and anti-bribery and corruption (ABC) is a key priority for compliance teams in 2016, particularly with the size of financial penalties and increased global co-operation across borders.

The FIFA corruption scandal and extradition moves by the Federal Bureau of Investigation (FBI) and the US Department of Justice (DOJ), in association with a criminal investigation by the Swiss Attorney General, demonstrate that international borders do not provide any protection.

Petrobras fell from grace as the 'leading ethical oil and gas company in the world' after coming under investigation in 2009.  Although the case has yet to be settled, Petrobras' debt rating has already been downgraded by Moody's Investor Service for the second time in a year, and the investigation involves several jurisdictions including South America, Central America, and Europe.

One of the most important cases of 2015 saw the Serious Fraud Office (SFO) announce its first successful application of a Deferred Prosecution Agreement (DPA) against ICBC Standard Bank for failure to stop bribery.  The SFO worked closely with the DOJ and the SEC as part of a co-ordinated global settlement.  While this is the first successful application of a DPA since its inception into the UK Bribery Act in 2014, the issuance of penalties and the success of a US/UK cross-agency approach is likely to encourage similar approaches in the year ahead.

2015 saw some of the biggest fines ever issued.  Referencing the £72 million record fine issued to Barclays for failing to conduct the appropriate checks on Politically Exposed Persons (PEPs) in a speech to the Accuity AML Risk Reduction and Compliance Europe Conference in December, Rob Gruppetta, Head of the Financial Crime Department at the FCA, said that "you will understand we must act when firms fall well short of the standards we expect.  And we will continue to act where we need to."  Gruppetta assured the conference that "no firm is referred to enforcement lightly" and emphasised that organisations need to be vigilant against corporate scandals and severe gaps in compliance policies.

Companies in the UK are just as liable as overseas firms when it comes to compliance if they enter into joint ventures or acquire foreign businesses and only enhanced due diligence can ensure that risks are minimised.

Compliance is not simply an issue for the Financial Services sector.  Guidance and legislation requires all corporates to carry out third party due diligence and the legislative landscape is becoming increasingly complex.

The European Fourth Money Laundering Directive is now in force, and will require the UK to update its domestic legislation, associated guidance and regulatory rules over the next two years.  The government is set to publish a consultation paper shortly.

The directive also requires EU member countries to maintain a register detailing the ultimate beneficial ownership of all the companies and other legal entities, including trusts, within their jurisdiction.  The directive prescribes a major tightening of money laundering regulations and businesses need to implement new customer due diligence checks and rules forcing them to report any suspicious transactions, as well as maintaining full payment records.  Firms will also have to implement internal controls that combat money laundering and activities which could indirectly provide finance to terrorist networks.

In March 2015 the UK Modern Slavery Act became law and for the first time businesses in the UK with a turnover of more than £36 million are required to produce an annual 'slavery and human trafficking statement' disclosing the steps a company has taken to ensure its supply-chain is free from slavery.

A further new European Directive focuses on the accounts of Politically Exposed Persons (PEPS).  While PEPS have been a focus of UK legislation for some time, the new directive requires explicit demands for financial firms to apply PEP checks to British public officials for the first time.

Geopolitical events and increase in number of checks

More compliance challenges will develop in parallel with geopolitical movement around the world, particularly relating to changing sanctions regimes.  This has been seen in 2015 with the rapidly changing sanctions regimes relating to Russia and Ukraine, and 2016 shows no shortage of geopolitical developments.  Already this year it is expected that sanctions will be lifted against Iran shortly and South Korea has demanded stringent sanctions against the North.  In addition the Middle East will continue to be a highly challenging region to ensure compliance.

The burden of checks and compliance skills shortage

According to a recent Risk Advisory Report, more than 80% of compliance professionals believe that compliance is more complex than it was as little as two years ago.  Perhaps most telling of all, 78% agree that the increasing complexity of compliance represents a risk in itself.

This skills shortage, as well as the increased complexity of compliance, now represents a risk in itself.  With an increase in the number of checks to ensure third party due diligence, and the burden of additional legislation, regulations and guidance, adopting systems that can automate processes and provide a much higher degree of accuracy and reassurance for business will be a key priority for compliance officers in 2016. 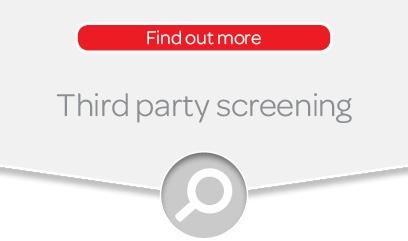