The Bribery Act has entered the building

The construction and services giant Sweett Group has been fined £2.25 million after it pleaded guilty to failing to prevent an act of bribery intended to secure a contract.  The case followed an investigation by the Serious Fraud Office (SFO) into corruption and bribery in the United Arab Emirates and should serve as a clear and explicit warning to businesses that compliance failures in the supply chain will not be ignored.

The investigation, which began in July 2014, centred on one of the company's subsidiaries, Cyril Sweett International Ltd, and corrupt payments made to the chairman of the Real Estate and Investment Committee of Ain Ahlia Insurance Company (AAAI) to secure the contract to build the new Rotana Hotel in Abu Dhabi.

A significant case for the SFO

While the SFO agreed the first deferred prosecution agreement with ICBC Standard Bank in late 2015, this is the first Section 7 conviction secured by the organisation under the UK Bribery Act.  The SFO has faced ongoing criticism over the lack of corporate convictions secured under the legislation since it came into force in 2011.  This criticism has been compounded by the notable failure of the SFO to secure additional libor-rigging convictions, shortly after requesting an additional £21.1 million to bankroll its case load.

Despite the criticism, as David Green, the SFO's Director, said following the case, the success of the SFO in securing the Section 7 conviction "sends a strong message that UK companies must take full responsibility for the actions of their employees and, in their commercial activities, act in accordance with the law."

A shift in corporate culture

The Bribery Act is unique in British law in that it allows for individuals or companies that are linked to the UK to be prosecuted for corruption regardless of where the crime took place.  The fact that this case involved a subsidiary operating in an Arab country demonstrates that the SFO can and will successfully prosecute companies for anti-bribery and corruption failures at all stages in their supply chain.

Explaining the SFO's limited number of successful convictions, speaking at the Cambridge Symposium on Economic Crime last year, SFO General Council, Alun Milford, commented that companies should already have been compliance focused as the new bribery act simply "re-cast in straightforward terms our bribery statutes which by then had seen about 100 years-worth of service" – in other words companies should not have expected a sudden rush of prosecutions following the new legislation and should have been heavily compliance focused anyway.

Milford also commented that the new act reinforced the need for companies to be focused on compliance and that Section 7 meant that the most senior officers within an organisation could no longer distance themselves from their company's operations.

He said that: "We saw, in the creation of this offence, Parliament taking steps to address the intrinsic weakness in the controlling mind test, namely the way in which the most senior people in a company – those who speak and act for it – are incentivised to distance themselves from the company's operations."  It is highly likely that future prosecutions will be against responsible individuals within organisations.

This is not the first change in direction from regulators towards focusing on individual accountability for compliance failures.  The Financial Conduct Authority (FCA) and Prudential Regulation Authority (PRA) have confirmed their approach to improving individual accountability in the financial services sector, with rules covering the Senior Managers Regime, the Certification Regime, and new Conduct Rules.  In the US, the recent Yates Memorandum expressed the Department of Justice's focus on combatting corporate misconduct by seeking accountability from the individuals who perpetrated the wrongdoing.

The Memorandum explained that "accountability is important for several reasons: it deters future illegal activity, it incentivizes changes in corporate behavior, it ensures that the proper parties are held responsible for their actions, and it promotes the public's confidence in our justice system."

The approach of seeking individual accountability relates to all anti-bribery and corruption prosecutions and the organisations that have invested heavily in compliance since the adoption of the Bribery Act have not done so in vain.  A successful Section 7 conviction for anti-bribery and corruption failures of a subsidiary in a foreign jurisdiction is a clear demonstration that not only is the UK Bribery Act highly relevant, but should be one of the highest priorities for every organisation's compliance department.  To avoid falling foul of increasingly complex and broad legislation, companies must focus on the high risk areas of their supply chains, including subsidiary organisations and third party suppliers – both foreign and domestic. 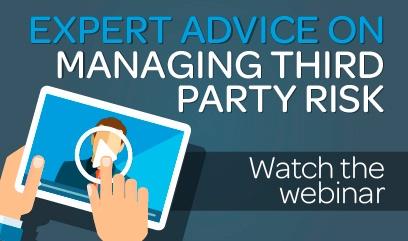